Joseph Smith rebukes the Devil at the Morley Farm 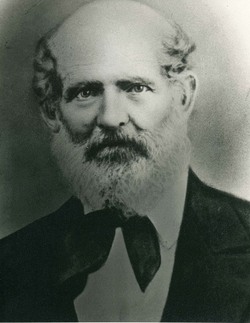 [I] first saw the Prophet Joseph at a prayer meeting at the house of Father Morley. He was then a beardless young man. During the meeting the powers of darkness were made manifest in a remarkable degree, causing some to make horrid noises, and others to throw themselves violently around. One man by the name of Leman Copley, standing at the back side of the house was taken by a supernatural power, and thrown into the window. Then Joseph said to Lyman [Wight] “Go and cast the devil out of Leman.” He did so, and the devil entered into a brother by the name of Harvey Green and threw him upon the floor in convulsions. Then Joseph laid hands upon him and rebuked the spirit from him and from the house, upon which the spirit left him, and went outside among a crowd of men standing near the door and made a swath among them several feet wide, throwing them violently to the ground.

Joseph said this was a fulfillment of the scriptures, where it says that the man of sin should be revealed.

Harvey Whitlock was ordained next with the same promise but after his ordination, when standing on his feet, he seemed paralyzed. His mouth was drawn into the shape of an italic “O,” and his arm was stretched out as if nailed to a cross. Joseph rebuked the power that had seized him, and it left him, when the heavens opened to him and he testified as Lyman had done, that he saw the heavens open and Jesus standing at the right hand of God the Father. This was the beginning in our day of ordinations to the office of a High Priest.