Moses 4 and Genesis 3 – The Fall of Adam and Eve

I use the following charts and quotes when I teach the Fall. I hope that this is helpful to some of you! This is a huge lesson to teach, and it is good to see how the Fall affects us, as we will then see the Atonement of Jesus Christ with greater clarity! I have a couple of questions that work really well in class that I have used before. If you have questions that you have used when teaching this subject that have been useful in class discussion, please share!

The Fall of Adam & Eve

Effects of the Fall:

One cannot fully appreciate the need for medication until he is aware of a malady. One does not pant after the cooling draught until he has nearly died of thirst. In the same way, as President Ezra Taft Benson observed, people do not yearn for salvation in Christ until they know why they need Christ, which thing they cannot know until they understand and acknowledge the Fall and its effects upon all mankind. The atonement of Jesus Christ is inextricably and eternally tied to the Fall of Adam and Eve. To attempt to offer the solution without a knowledge of the problem is to teach the Atonement in the abstract, to lessen its impact, to mitigate its transforming power in the lives of men and women. Thus it is that the Apostle Paul began at the beginning; he laid stress where it needed to be. Quoting the Psalmist, he affirmed: “There is none righteous, no, not one: there is none that understandeth, there is none that seeketh after God. They are all gone out of the way, they are together become unprofitable; there is none that doeth good, no, not one” (Romans 3:10-12; see also Psalm 14:1-3; 53:1-3).

Though we as Latter-day Saints do not subscribe to a belief held by many in the Christian world as to the depravity of humankind, yet the burden of scripture, including the New Testament, is that there was a Fall and that it does take a measured toll on all humanity. Paul taught plainly that men and women must be extricated and redeemed from the Fall. Because our first parents partook of the forbidden fruit, death and sin entered the world. We are, as God taught Adam in the earliest ages, “conceived in sin,” such that when children “begin to grow up, sin conceiveth in their hearts, and they taste the bitter, that they may know to prize the good” (Moses 6:55). In the words of Lehi, God revealed to the ancients that all persons “were lost, because of the transgression of their parents” (2 Nephi 2:21). Truly, “because of the fall our natures have become evil continually” (Ether 3:2). (Robert L. Millet, Selected Writings of Robert L. Millet: Gospel Scholars Series [Salt Lake City: Deseret Book Co., 2000], 70.)

What did Adam & Eve know before the fall?

1. There was no veil over Adam & Eve – And another thing, they [Adam & Eve] were not to be shut out from the presence of the Almighty. They could behold his countenance, they could hear his voice. Those who then existed—could converse with him freely. There was no veil between them and the Lord. Now, when the more perfect temporal condition shall be restored again, in the last of his work, and the Lord shall begin to remodel this earth, to transfigure it, and get it prepared for the righteous, the veil will be taken away, in a measure; we shall behold the face of the Lord again; we shall be able to associate with immortal beings again; and we shall be able to enjoy a great many blessings that were introduced in the beginning, which were lost through the fall. (Orson Pratt, Journal of Discourses 21:204-5 & 7:257)

2. From the foregoing we learn man’s situation at his first creation, the knowledge with which he was endowed, and the high and exalted station in which he was placed—lord or governor of all things on earth, and at the same time enjoying communion and intercourse with his Maker, without a vail (sic) to separate between. (Joseph Smith the prophet, Lectures on Faith [Salt Lake City: Deseret Book Co., 1985], 2:12.) Note that in 2 Enoch it is claimed that during their stay in Eden Adam and Eve had heaven completely open to their view and that, among other things, they could hear and see angels singing praised to God. [See 2 Enoch 31:2, in Charlesworth (1983-85), 1:152, 154.]

5. If Adam and Eve were ignorant of their purpose while they were in Eden- if they were intellectually and spiritually as little children- then it would go against the nature of God to have held them accountable for partaking of the fruit of the tree of knowledge of good and evil. The Restoration assures us that divine law protects from accountability those who are intellectually “as children” and those who do not know the law (see Moroni 8:22; 2 Nephi 9:25). Adam and Eve did understand why they were in Eden and what God wanted them to do. (Gaskill, Alonzo L. 2005. The Savior and the Serpent: Unlocking the Doctrine of the Fall. [SLC, UT: Deseret Book.], p. 12-13.)

Why did not God just “make man mortal” to begin with?

Now, perhaps those who are not in the habit of reflecting upon this matter, may suppose that when Adam was placed on the earth, and Eve, his wife, they were mortal, like unto us; but that was not so. God did not make a mortal being. It would be contrary to this great goodness to make a man mortal, subject to pain, subject to sickness, subject to death. When he made this creation, and when he made these two intelligent beings and placed them upon this creation, he made them after his own likeness and his own image. He did not make them mortal, but he made them immortal, like unto himself. If he had made them mortal, and subject to pain, there would have been some cause, among intelligent beings, to say that the Lord subjected man, without a cause, to afflictions, sorrows, death and mortality. But he could not do this; it was contrary to the nature of his attributes, contrary to the nature of that infinite goodness which dwells in the bosom of the Father and the Son, to make a being subject to any kind of pain. (Orson Pratt, Journal of Discourses, 26 vols. [London: Latter-day Saints’ Book Depot, 1854-1886], 21: 290 – 291.)

1. In the words of President Joseph Fielding Smith: “Now this is the way I interpret that. The Lord said to Adam, here is the tree of the knowledge of good and evil. If you want to stay here then you cannot eat of that fruit. If you want to stay here then I forbid you to eat it. But you may act for yourself and you may eat of it if you want to. And if you eat it you will die.”(Robert L. Millet and Kent P. Jackson, eds., Studies in Scripture, Vol. 2: The Pearl of Great Price [Salt Lake City: Randall Book, 1985], 94.)

2. “What, therefore, did God really say to them in the garden? I suggest that He might have said something like the following: ‘If you want to stay in the Garden of Eden with no cares and no possibility of growth, you should not eat from the tree of knowledge of good and evil. However, if you desire to grow and receive all that I have in store for you, you will have to leave the garden. If you eat of the tree, you will be cast out of the garden into the earth and into mortality, and you will die both temporally and spiritually, but you will open the door for yourselves and for all humanity to receive eternal life like I have. The choice is yours.’ In other words, God gave them information.” (Keller, Roger R. 1990. Adam: As Understood by Four Men Who Shaped Western Christianity. In Joseph Fielding McConkie and Robert L. Millet, eds. The Man Adam. [Salt Lake City, UT: Bookcraft.], p. 104)
3. How could God force Adam and Eve out of Eden so long as they were keep His commandments? Such would be contrary to His law and the pattern set in scripture (see Ether 3:26, 12:20-21; D&C 67:10). In addition, God could not provide opposition to His own plan. This too would be contrary to the nature of Deity. Thus, Adam and Eve were given the responsibility of introducing a world filled with opposition, the veil of forgetting, and eventual death- and this they could do in only one way; via intentional partaking of something God had specifically and formally forbidden them to partake of. The word transgress means literally to “pass over,” “step across,” or “go beyond” a boundary. God set boundaries in Eden, and then Adam and Eve intentionally “crossed over” those into mortality- not because our first parents were sinful or rebellious in their natures- but again, because they needed to formally, or technically transgress God’s law in order to introduce the conditions requisite for their growth and exaltation. . (Gaskill, Alonzo L. 2005. The Savior and the Serpent: Unlocking the Doctrine of the Fall. [SLC, UT: Deseret Book.], p. 16.) 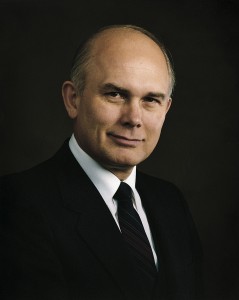 4. Elder Oaks has also explained: “This transition, or ‘fall,’ could not happen without a transgression- an exercise of moral agency amounting to a willful breaking of a law (see Moses 6:59). This would be a planned offense, a formality to serve an eternal purpose… It was Eve who first transgressed the limits of Eden in order to initiate the conditions of mortality. Her act… was formally a transgression but eternally a glorious necessity to open the doorway toward eternal life. Adam showed his wisdom by doing the same. And thus Eve and “Adam fell that men might be” (2 Nephi 2:25). This suggested contrast between sin and a transgression reminds us of the careful wording in the second article of faith: “We believe that men will be punished for their own sins, and not for Adam’s transgression” (emphasis added). It also echoes a familiar distinction in the law. Some acts, like murder, are crimes because they are inherently wrong. Other acts, like operating without a license, are crimes only because they are legally prohibited. Under these distinctions, the act that produced the Fall was not a sin—inherently wrong—but a transgression—wrong because it was formally prohibited. These words [transgression and sin] are not always used to denote something different, but this distinction seems meaningful in the circumstances of the Fall.” (Robert L. Millet, The Power of the Word: Saving Doctrines from the Book of Mormon [Salt Lake City: Deseret Book Co., 1994], 64.)

Note Moses 4:3 in the margin of 2 Nephi 2. In what ways does the adversary seek to destroy the agency of man? How does he strive to destroy any of the four things associated with agency?

I write about ways scripture applies in our lives: LDSScriptureTeachings.org
View all posts by LDS Scripture Teachings →
This entry was posted in Book of Mormon, Doctrine and Covenants, Fall of Adam and Eve, New Testament, Old Testament, Plan of Salvation. Bookmark the permalink.