I appreciate the discussion Mosiah sets forth in Mosiah 29 regarding government, responsibility, and his opinion regarding kings and how they tend to limit liberty. In Mosiah 29:13 we read what I would term a fascinating verse:

Therefore, if it were possible that you could have just men to be your kings, who would establish the claws of God, and judge this people according to his commandments, yea, if ye could have men for your kings who would do even as my father Benjamin did for this people—I say unto you, if this could always be the case then it would be expedient that ye should always have kings to rule over you.

The reason I find this verse so interesting is that in my opinion this verse of scripture does not fit anything close to what a 19th century American author would write. Think of how Americans in the early 1800’s viewed kings. They were the children of those who fought against a distant monarchial power in 1776, and in 1812 they still had the memory of their conflict with the British fresh on their minds! What American in 1829 would ever make the statement that a monarchy was the best form of government?

The historian Richard Bushman helps us to see what 19th century Americans thought with respect to monarchies:

Heroic resistance did not exhaust the meaning of the Revolution for the orators of the 1820s. Beyond their display of sheer courage, the patriots of 1776 were honored for adopting the true principles of government. “This is the anniversary of the great day,” the Wayne Sentinel editorialized on 4 July 1828, “which commenced a new era in the History of the world. It proclaimed the triumph of free principles, and the liberation of a people from the dominion of monarchical government.” The adoption of free principles, namely the end of “monarchical government,” and the institution of “a government, based upon the will of the People, free and popular in every feature,” effected a “sublime and glorious change in the civil and moral condition” of the United States and the world. The Revolution was “the glorious era from which every republic of our continent may trace the first march of that revolutionizing spirit, which, with a mighty impetus has disseminated the blessings of free governments over so large a portion of our globe.” Revolutionary principles were shaking all the nations of the earth. “Whole states are changed, and nations start into existence in a day,” the jubilee orator in Palmyra declared. “Systems venerable for their antiquity have been demolished. Governments built up in ages of darkness and vassalage, have tottered and fallen.” 1

We have another interesting verse in Mosiah 29. In Mosiah 29:16-17 we are introduced to a righteous king, King Mosiah 2, showing his reluctance, even his resistance, to a monarchy. These verses read:

Now I say unto you, that because all men are not just it is not expedient that ye should have a king or kings to rule over you. For behold, how much iniquity doth one wicked king cause to be committed, yea, and what great destruction!

I find this very peculiar! I do not imagine an American in the 19th century writing anything like these verses! A king asking to end a monarchy? An idea that a monarchy is the best form of government (under ideal circumstances)! With respect to verses that address kings in the Book of Mormon, Richard Bushman illustrates a pattern in the text of the Book of Mormon:

There is nothing in these episodes of an enlightened people rising against their king. The people did not rise nor were they enlightened about the errors of monarchy. Quite the contrary. In every instance, the people were the ones to desire a king, and in three of five cases they got one. The aversion to kingship was at the top. Nephi, Alma, and Mosiah were reluctant, not the people. When monarchy finally came to an end, it was because the king abdicated, not because the enlightened people over-threw him. In the American view, despot kings held their people in bondage through superstition and ignorance until the true principles of government inspired resistance. The Book of Mormon nearly reversed the roles. The people delighted in their subjection to the king, and the rulers were enlightened. 2

Where will it lead?

A principle in the text that is much more interesting to teenagers has to do with the question implied in Mosiah 29:10. We read:

And now let us be wise and look forward to these things, and do that which will make for the peace of this people.

What a great piece of advice! This verse has many implications in the lives of all gospel students, no matter the age. A great question when we make decisions is, “Where will this lead? Where does this road take me in the upcoming weeks, months, even years?”

This is a great principle statement. This principle can be applied under a wide number of circumstances and across many different age groups. Scripture students of all ages must ask this question as they make decisions in their life! Elder Holland stressed the importance of identifying and applying principles as they are found in the scriptures when he said: 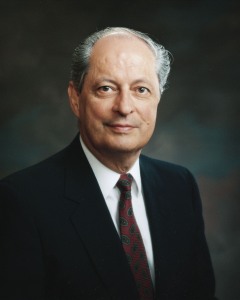 A critical component in gaining knowledge from the Savior is acting upon the principles He taught.  In order to gain the greatest insights the scriptures have to offer, our study will focus not so much on places and names as on principles and doctrines.  It is not simply book knowledge we are after but insights that will change the way we live that will actually make a difference in our lives.  We must see the scriptures for what they are: an instruction manual for becoming like our Savior.  3

2. Richard Bushman, The Book of Mormon and the American Revolution, as quoted in Book of Mormon Authorship – New Light on Ancient Origins, p. 199-200.

I write about ways scripture applies in our lives: LDSScriptureTeachings.org
View all posts by LDS Scripture Teachings →
This entry was posted in Agency, Book of Mormon, Evidences, Principles and tagged applying the scriptures, finding solutions to our problems, making choices, making decisions, student questions, using the scriptures to solve life's problems. Bookmark the permalink.